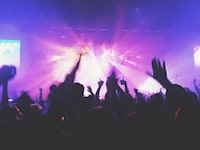 For those of us who were fortunate enough to be introduced to the rave scene in the 1990s and earlier, an open, loving, and welcoming generation of ravers greeted us. P.L.U.R. was theirs and they lived it! It wasn’t just a saying, a tag on a notebook, or something to put on the end of a post. It was real, and it meant something. Ravers were a community and a culture. They were accepting and welcomed newcomers with open arms, a hug, a blow pop, and an instant friend. People loved the music, and the music is what brought them together. Techno wasn’t mainstream and hardly anyone even knew what went on behind those warehouse doors unless they had the curiosity to enter. And once they stepped inside, they were changed forever.

Today, Electronic Dance Music (EDM) is everywhere: commercials, soundtracks, restaurants, and probably even your parent’s car. It’s hard to imagine a world where EDM was so far underground that most people didn’t even know that it existed. Time has passed, technology has evolved, and EDM has had the opportunity to spread out to almost everyone. This has allowed more and more creative individuals to get involved with EDM and produce some amazing new tracks. The EDM scene has grown from its underground roots into a full-fledged tree that is out in the world for everyone to enjoy.

The EDM scene has become an entirely new entity. It is practically unrecognizable from where it was during its infancy, and there are some that believe the positive vibe that was once paramount is not as evident anymore. We at PLURH believe it is still there; it just needs nurturing and support. That is where HOPE finds it place in P.L.U.R.H.  We have HOPE that our EDM scene will, with every drumbeat, follow it’s roots in P.L.U.R. and grow into a bigger and better EDM Culture! We can get there through knowledge, positivity, peace, love, unity, respect and hope. It can start with you!

We appreciate you visiting our site and taking the time to learn more about PLURH. We hope that you receive something positive from your visit and share it with your friends, family, and framily!

If you are wondering what happened to our old site... It was lost and had to be reconstructed. Unfortunately, this meant we lost years of data and all of your beautiful comments. We really appreciate your support and love, so feel free to sprinkle some new comments and likes around!

We would love to hear from you! Please send us any comments, questions, suggestions, or just say "hello" by visiting our contact page.